OKRO SOUP MADE ME A RESPONSIBLE ADULT

Okro soup made me a responsible adult. I know that sounds silly to say but it is true. I came to Canada when I was 16. My dad travelled with me and dropped me off at the new boarding school I would call home for the next year. I never missed Nigerian food more than I did in those months. Nobody tells you this before you leave, but eating Nigerian food is a rare blessing in Canada in the early months.

The meal I especially missed eating was my mother’s okro soup. O h, the joy of a warm bowl of okro! Back home, people would make okro soup in different ways depending on where they lived. Some people blended the slippery vegetable, boiled it with meat stock and ate it white, with stew. Some people blended peppers and to matoes and cooked it with the okro for a rich red – brown colour.

Some people’s soup fell flat; but some had that signature stretch that connected the soup on your finger, high up in the sky, to the plate when you ate it. We call it the draw. You know you ar e in for a good time if your okro soup draws.

I was always a picky eater growing up and okro soup was one of the meals I would never eat unless my mother made it. She made it with assorted meats; goatmeat, chicken, beef; and then she would add tilapia, spr inkle in some crayfish, and toss in some shrimp and periwinkle. My favourite part of that rich soup was the seafood.

Although we are from the Yoruba tribe, we lived in Rivers State, one of Nigeria’s states situated along the Atlantic coast. That may be the reason why my mother thought to incorporate so much fish in her soups. Something about the way the soup enhanced the fresh flavour of the seafood just did it for me. It hit the spot like no other meal.

So you can imagine that when I arrived here in Canada , a 16 – year – old Nigerian girl just learning to fend for herself, the usual burger and fries just would not cut it. The local Nigerian church was one of the only places I could find Nigerian food of any kind. I am ashamed to say that what initially kept me attending service every Sunday for the first year, was the Nigeria food they provided after service. That was my oasis every week.

Sometimes, once in a while, someone would bring okro soup. Now, beggars cannot be choosers, and their okro soup was wonderful in its own way; but no soup I ate could compare with what I had left back in Nigeria. For a foodie on a budget like me, it was tough satisfying those midnight cravings. I may have had one or two fever – induced dreams of eating that soup; and every Nigerian child knows to never eat in a dream, lest you find yourself among a coven of witches in dreamland.

As every Nigerian learns when they become veterans of navigating the Canadian space; if I wanted to eat it, I would have to learn to cook it. Unfortunately, it is sometimes impossible to recreate your mother’s cooking. This was the dilemma I faced as dish after dish failed to meet the glowing standard set by my mother. It seemed the only way to satisfy myself was to use her recipe as a starting point and then create my own.

So that is what I did. I experimented with frying the okro instead of boiling it. I added in bitter leaf. I streamlined it, forgoing beef, chicken and goatmeat, in favour of loading it up with seafood of every kind. My okro soup was filled with fresh fish, dried fish, crayfish, shrimp, calamari and mussels. It was everything I had been craving and more.

I think that marked a turning point for me. An immigrant needs to know how to fend for herself in a strange new land, and learning to cook f or myself made me more independent in many ways. I was able to recreate all of the dishes I missed from Nigeria, with ingredients imported from there, and a little bit of Canadian flair. Canada started to feel a little bit more like home. Although these meals always satisfied me and everyone around me, one thing never changed; they would still never reach the standard of my mother’s okro soup. 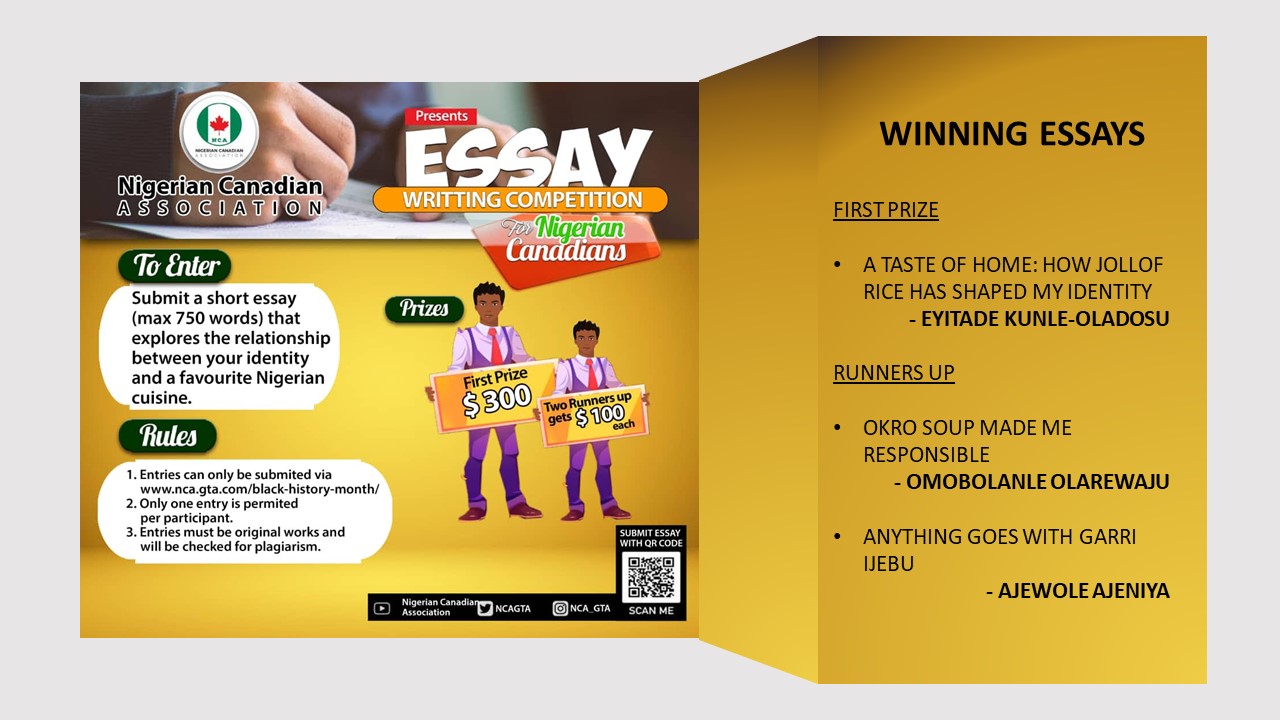