BEING A TRUE AMBASSADOR OF NIGERIA IN CANADA

An ambassador represents a country, school or organization in a positive manner, fostering good relationships with others. A good ambassador cares about bringing people, businesses or countries together, while remaining loyal to the place represented. It takes skills as a negotiator, a certain amount of expertise and integrity to be a good ambassador.

A good NCA ambassador is trustworthy. The employers, whether those employers are from a school, business, country or association need to know that what they share with the ambassador is not shared indiscriminately. Anything shared is to be used judiciously. A steadfast ambassador stays loyal to the association or country even when he or she is not in total agreement or is tempted to switch loyalties.

An NCA ambassador must deal with lots of different situations, personalities and political undercurrents. A good ambassador often deals with less than ideal situations and with those who do not wish to come to terms. A productive ambassador knows how to mediate a tense situation and negotiate a compromise that presents a winning situation for all sides.

An NCA ambassador who is not afraid of different cultures or people is a definite asset. While some people do not adjust well to situations, including ethnicities, cultures and languages outside their comfort zone, an effective ambassador relishes the opportunities for interaction with those who are different from what he may be used to from his own experiences. A dedicated ambassador quickly picks up on nuances of those with whom he or she deals with, and learns to work within their cultural framework.

It is critical that a strong NCA ambassador be an effective and clear communicator. The ambassador needs to speak and enunciate clearly. He or She also must sense how best to communicate what needs to be conveyed, whether this is the stand of her association, country, a proposal or negotiations. Different cultures and ethnic groups may interpret language, idioms and phrasing differently. A good ambassador takes the time to learn how best to communicate with the other party without giving offence. Good communication includes gestures, mannerisms and polite affectations that may mean the difference between a positive or negative exchange.

A good NCA ambassador should have expertise in the area of Social society management. If a person is asked to be an NCA ambassador or official in the area of immigration, for example, he needs to understand the the workings of Nigerian/ Canadian immigrations. Furthermore, he needs to understand those with whom he works on a regular basis to convey information from those he or she represents. A solid ambassador takes the time to learn what is necessary, becoming an expert in the field in which he works as an ambassador. 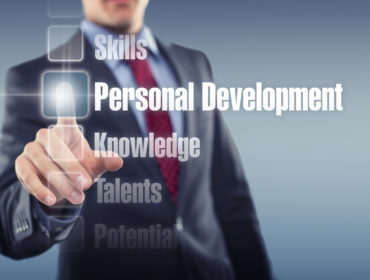